GOOGLE IS AMONG the many major corporations whose surrogates are getting key roles on Donald Trump’s transition team.

Joshua Wright has been put in charge of transition efforts at the influential Federal Trade Commission after pulling off the rare revolving-door quadruple-play, moving from Google-supported academic work to government – as an FTC commissioner – back to the Google gravy train and now back to the government.

The Intercept has documented how Wright, as a law professor at George Mason University, received Google funding for atleastfour academic papers, all of which supported Google’s position that it did not violate antitrust laws when it favored its own sites in search engine requests and restricted advertisers from running ads on competitors. George Mason received $762,000 in funding from Google from 2011 to 2013.

Wright then became an FTC commissioner in January 2013, agreeing to recuse himself from Google cases for two years, because of his Google-funded research. He lasted at the FTC until August 2015, returning to George Mason’s law school (now named after Antonin Scalia). But Wright also became an “of counsel” at Wilson Sonsini Goodrich & Rosati, Google’s main outside law firm. Wilson Sonsini has represented Google before the FTC.

Wright’s leadership position in the Trump FTC transition flips him back into government work.

Yep, the FTC is all over those Texas Car Dealers, but still no action on duped advertisers on YouTube.  We just can’t imagine why that is.

Here’s what the always vigilant Obama FTC caught the car dealers doing down in Texas:

In a TV ad, for example, the dealers offered two cars for “under $200 per month,” but in fine print that appeared for two seconds, disclosed that the offer applied only to leases, not sales, and required a $1,999 payment at lease signing. One dealer mailed ads claiming a new car could be purchased for $179 per month, but in print too small to read without magnification, disclosed that $1,999 would be due up front, along with tax, title and license fees, and that $8,271 would be due at the end of a 38-month financing term.

The FTC’s complaint also cited a TV ad targeted at people with major credit problems, such as repossessions or foreclosures. The ad touted vehicles for $250 per month, but in fine print disclosed that the offer was based on a 4.25 annual percentage rate that few, if any, consumers with such major credit issues could obtain. In addition, the FTC alleged that the dealers advertised credit and lease terms without clearly and conspicuously disclosing information required by federal law, and failed to keep records required by the 2014 order.

Just shocking, right?  But it appears that duping advertisers on YouTube…like, oh, the President of the United States…is OK. 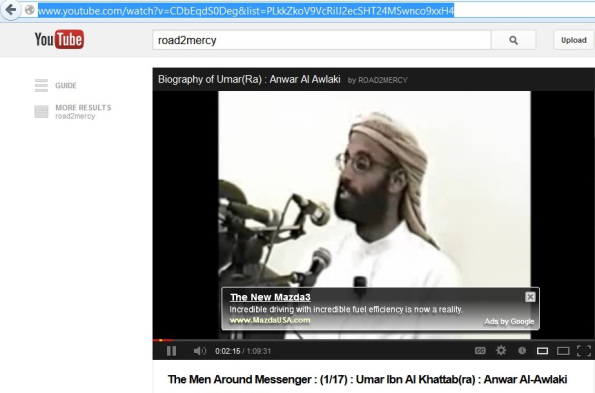 And then there’s Mazda’s ads that monetized videos of Anwar Al Awaki preaching whatever it is he preached.

Pales by comparison to the important work that the FTC is doing ferreting out those Texas car dealers.

We guess the FTC’s lawyers–the Google Justice Department–were too busy screwing songwriters on behalf of the MIC Coalition.

The Federal Trade Commission will participate in a Twitter chat hosted by the Centers for Disease Control. The chat will include tips about healthy contact lens wear and care habits. The FTC will explain consumers’ rights under the Contact Lens Rule, including the right to get your prescription from your eye doctor – whether you ask for it or not – at no extra charge.

Read the press release on FTC.gov

Why is the FCC protecting and facilitating online advertising monopolies?

Simply as it relates to online advertising, the FCC’s new proposed Title II privacy rules would require ISPs with existing advertising businesses, or those planning to enter, compete, and grow in the online advertising market, to be subject to a new and special, privacy opt-in,consumer-consent framework where they alone in the marketplace would have to secure users’ advanced permission to use a majority of their data for advertising purposes.

That is the exact opposite privacy consent framework under which ISPs have operated for over a decade, and under which all non-ISP online advertisers, including Google and Facebook, have always operated since the Internet’s inception — i.e. under the FTC’s economy-wide, consumer opt-out, privacy-framework that facilitates the standard online advertising model of sharing one’s data in return for free content and services.