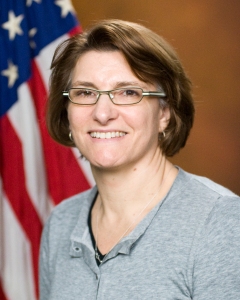 Hesse’s reward for sticking the shiv into songwriters was a partnership with big bucks at the DC Office of Sullivan & Cromwell, aka the gold plated revolving door waiting room where she proudly lists her expertise in “Intellectual Property”.  She left out “Destroying Lives of People Who Can’t Fight Back”. 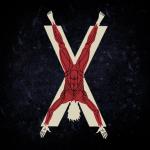 And then of course there’s shiv meister David C. Kully, his bad self, now a partner at Holland & Knight who did Hesse’s dirty work and really did the day to day on fufilling Hesse’s inexplicable obsession with screwing songwriters to the wall.  Kully encouraged songwriters to leave ASCAP if they didn’t like the DOJ’s ruling on 100% licensing.

via The MTP Podcast: The Consequences of DOJ’s New Rule on 100% Licensing with David Lowery, Steve Winogradsky and Chris Castle — MUSIC • TECHNOLOGY • POLICY

Remember the ex-Googler Renata Hesse who managed to get both herself and the Department of Justice sued by SONA over Hesse’s grotesque mishandling of 100% licensing?  Like a good little bureaucrat, she leaves the songwriters to clean up her mess while she skips out to the big money.  Don’t let the revolving door hit you.

Sullivan & Cromwell LLP is hiring Renata Hesse, formerly head of the antitrust division at the Justice Department, as the law firm prepares for a continued wave of complex, cross-border mergers and other deals.

Ms. Hesse, 52 years old, will join Sullivan & Cromwell as a partner in Washington, D.C., the firm plans to announce Monday. The move is noteworthy not just because of Ms. Hesse’s stature in legal circles, but also because it is rare for Sullivan & Cromwell and other elite law firms to bring in partners from the outside. Until January, Ms. Hesse was acting assistant attorney general in charge of the antitrust division at the Justice Department, a position she has held twice.

Now that most of the DOJ lawyers who pushed the 100% licensing rule on songwriters are gone, who’s gonna deal with all those feral cats that former Acting Assistant Attorney General Renata Hesse was feeding? Last year, in what can only be described as an elaborate Kabuki, a small group of DOJ lawyers led by […]

via Don’t You Have More Important Things to Do? DOJ Should Drop the 100% Licensing Push — The Trichordist

After meeting Kanye West, President-elect Trump will meet Google and other Silicon Valley leaders today. We’ve imagined how the conversation might go.

TRUMP: So. Peter tells me you’re the smartest guys in America. How do you like the furniture?

SCHMIDT: Sir, the Secret Service detained him. We warned him not to try to get into Trump Tower wearing his Google Glass, but he won’t take them off. Well. We want to thank you for inviting us to Trump Tow—

TRUMP: Let’s just cut the crap. I know you did everything you could do get Hillary [Clinton] elected. I know you worked for Obama’s team, Eric [Schmidt]. I know you hate me and I don’t care. But you have 10 minutes to tell me what you want so I can figure out how useful you can be, and how much damage you can do. Go.

PAGE: Er, right. Well. Top of our agenda is ensuring that America’s wealth-creating technology companies – that’s us – have a vital supply of top technology talent.

SCHMIDT: Mr President, as I said two years ago, ‘we take very, very smart people, bring them into the country, give them a diploma and kick them out where they go on to create companies that compete with us’.

TRUMP: What happens to those companies they create?

SCHMIDT: Mr President, engineers are expensive, would you use the most expensive labour you could? Employers need to keep wages down.

TRUMP: Which of course I love. But you see, I just got elected on jobs. That’s how I won. I got 2 million fewer votes than Crooked Hillary, but I got them where it counted, right in her backyard. And you’ve created a two-caste economy. Maybe you can employ some American engineers?

SCHMIDT: Uh. In a global interconnected world, Sir, that would be…

TRUMP: Spare me the Thomas Friedman crap. You’re toxic. The DoJ said your cartel fixed wages for a million workers.

SCHMIDT: We’ve fixed the DoJ now, Sir. We run it.

The proposed merger of AT&T and Time Warner has drawn censure from both sides of the political aisle, as well as a Senate hearing that looked into the potential for the combined company to become a monopoly.

But if we are going to examine media monopolies, we should look first at Silicon Valley, not the fading phone business.

Mark Cuban, the internet entrepreneur, said at the meeting of the Senate Judiciary Antitrust Subcommittee last week that the truly dominant companies in media distribution these days were Facebook, Google, Apple and Amazon.

Look at the numbers. Alphabet (the parent company of Google) and Facebook are among the 10 largest companies in the world. Alphabet alone has a market capitalization of around $550 billion. AT&T and Time Warner combined would be about $300 billion.