[Editor Charlie sez:  Hey Susan, do you like apples?]

Alphabet CFO Ruth Porat told investors during an earnings call on Monday afternoon that YouTube pays out a majority of that advertising revenue to its creators. Although Porat wouldn’t say how much of the $15 billion goes to its content makers, she did specify those payouts belong to YouTube’s “content acquisition” costs, which run around $8.5 billion.

For people trying to make their living on YouTube, many feel like they don’t see nearly enough of that $8.5 billion. Top creators tend to earn the most ad revenue via higher rates — as long as their content is advertiser-friendly — because they generate a large number of views. Other advertising revenue then trickles down to the thousands upon thousands of creators who belong to YouTube’s Partner Program.

Many personalities have said they feel like they have to fight for advertising revenue, turning to subscription services like Patreon and signing brand deals since ad revenue isn’t reliable. Now, in the wake of major changes to YouTube’s advertising policies when it comes to content aimed at children (which may include popular video genres like gaming), advertising revenue looks even more fraught.

YOUTUBE HAS EARNED MORE THAN $34 BILLION IN ADVERTISING REVENUE ALONE

YouTube has long enticed creators to work on its platform with advertising revenue, but most creators didn’t know how much YouTube was making. Now they do — and, as one YouTube employee told The Verge, this feels like “a real seminal moment.” 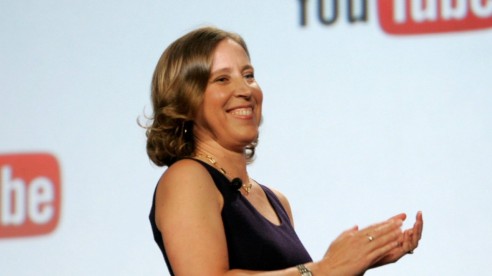 A new study suggests what we’ve suspected for years is right: YouTube is a pipeline for extremism and hate.

How do we know that? More than 330,000 videos on nearly 350 YouTube channels were analyzed and manually classified according to a system designed by the Anti-Defamation League. They were labeled as either media (or what we think of as factual news), “alt-lite” intellectual dark web, or alt-right.

[Editor Charlie sez:  Let the FUD farming begin!  Google fires up the addiction tactics in Europe after its miserable anti-artist message was rejected by the European Parliament.  Read this article if you want to know what Google’s talking points will be in Europe.]

[Now here’s some objective journalism:  “EU member states still have two years to write the vague language of the directive into law, and YouTube is not done pushing back on it.”]

YouTube and other tech platforms have argued that the only practical way to avoid liability will be to install even more restrictive content filters than the ones they currently have to prevent infringement. The EU directive does not require tech companies to do that and it makes exceptions for using copyrighted material in parody or commentary, as would be the case in Jones and Bardsley’s reviews.

But experts say it will be difficult for platforms to create automated filters that can distinguish this context, at least at first. That could mean a channel like “NitPix” would have to avoid using any movie or TV clips in their reviews to ensure their videos upload to the site in a timely manner.

In case you had any doubts, YouTube’s antics in pushing its messaging on copyright reform in Europe should dispel the idea that it is a neutral platform.

When safe harbors for companies like YouTube were created in the US and in Europe 20 years ago, it was with the idea of providing a little latitude to reasonable people acting reasonably on the condition of being a neutral platform–for not creating an app for Room 101 where 2+2=5.

Not only is YouTube not a neutral platform, but YouTube and its parent Google are using YouTube to do the very thing with public discourse that Google is being prosecuted for with commercial transactions–using its monopoly position to crowd out competition.

This press release from Europe for Creators sums it up with this statement to YouTube: “You advocate freedom of expression but what we have seen is a media service dedicated to the promotion of its own views, based on false information and scare tactics.”

A cautionary tale for artist advocates around the world.

Europe For Creators is asking YouTube for access to the same tools YT has used to promote its own messages on the EU’s copyright directive and article 13. The request is to allow Europe For Creators to message YouTubers and place banner ads on YouTube’s network, in the same way YT has done. An open letter has been sent by Europe For Creators, a coalition of professional organisations of writers, musicians, producers, comedians, films makers coming from all over Europe and representing 12 million jobs across the European cultural and creative sectors. YouTube’s behaviour in using its own network and advertising has been the subject of much debate about the platform’s dominance. Read the full letter below and on Article13.org.
An Open Letter to Susan Wojcicki, CEO of YouTube

After almost three years’ worth of in-depth examinations and negotiations involving the three EU Institutions, 28 Member States, 751 MEPs, and thousands of experts and stakeholders, the European Parliament is about to take a formal decision on the directive on Copyright in the Digital Single Market.

The aim of one of the main provisions of this directive – Article 13 – is to ensure that platforms such as YouTube fairly compensate the creators whose works are made available through their services. In other words, to play fair and respect the creators who made YouTube what it is today.

We believe that the Copyright Directive will create a level playing field for the European Digital Single Market, with fair and equal rules for all.

There is ample public debate around this directive and your right to defend your position, as a concerned party, is not in question. Indeed, the positions you have taken in the media or through your own videos against Article 13 are well known and nourish the public debate.

However, since the European Parliament voted overwhelmingly on Sept. 12 to approve its version of the Copyright Directive, YouTube has been actively using its own services to influence public opinion, often with misleading or false information.

You have taken advantage of your considerable influence over 1.8 billion monthly users as the biggest media entity in the world to:

This is unprecedented and raises ethical questions.

Moreover, YouTube enabled the propagation of misinformation – such as the claims that Article 13 would lead to the shutting down of YouTube channels, kill European startups, put an end to memes and gifs and harm freedom of speech. In other words: change the Internet as we know it. Such scaremongering deliberately ignores the special protections provided in the text and misleads public opinion.

It interferes with the democratic and balanced debate that all European citizens are entitled to. We believe it is totally unfair and unacceptable that your service, which dominates the online market, is exclusively used as a media service to promote your own commercial interests in a debate over European legislation.

You advocate freedom of expression but what we have seen is a media service dedicated to the promotion of its own views, based on false information and scare tactics.

We believe in pluralism and open, democratic debate. We believe our views also need to be voiced to your audience. That is what freedom of speech is all about.

Acting as a media service requires responsibility and accountability to ensure democratic debate.

About Europe For Creators:
A gathering of professional organisations of writers, musicians, producers, comedians, films makers coming from all over Europe…. We represent some 12 million jobs across the European cultural and creative sectors. We are people, not bots. And we are protesting against the false divide that has been put between citizens and us.

About IMPALA:
IMPALA – IMPALA is the European association of independent music companies. Its mission is to grow the independent music sector, return more value to artists, promote cultural diversity and entrepreneurship, improve political access and modernise perceptions of the music sector.