As usual, Henry gives an extremely relevant and literate dissertation on the loss of humanity imposed on us by Big Brother’s youngest sibling, Mark Zuckerberg–the boy who wouldn’t grow up, but who instead created an app for Room 101.

Please listen to T Bone when you have a quiet hour to yourself.

[A teachable moment in activism that’s an important read to see all the swamp monster machinations that Silicon Valley puts us all through.  The post is extremely well-written but does take a bit of a commitment to read to the end.  Highly recommended that you stick with it to the end of the story.]

The way Alastair Mactaggart usually tells the story of his awakening — the way he told it even before he became the most improbable, and perhaps the most important, privacy activist in America — begins with wine and pizza in the hills above Oakland, Calif. It was a few years ago, on a night Mactaggart and his wife had invited some friends over for dinner. One was a software engineer at Google, whose search and video sites are visited by over a billion people a month. As evening settled in, Mactaggart asked his friend, half-seriously, if he should be worried about everything Google knew about him. “I expected one of those answers you get from airline pilots about plane crashes,” Mactaggart recalled recently. “You know — ‘Oh, there’s nothing to worry about.’ ” Instead, his friend told him there was plenty to worry about. If people really knew what we had on them, the Google engineer said, they would flip out….

Facebook and Google were following people around the rest of the internet…using an elaborate and invisible network of browsing bugs — they had, within little more than a decade, created a private surveillance apparatus of extraordinary reach and sophistication. Mactaggart thought that something ought to be done. He began to wonder whether he should be the one to do it….

Almost by accident, though, Mactaggart had thrust himself into the greatest resource grab of the 21st century. To Silicon Valley, personal information had become a kind of limitless natural deposit, formed in the digital ether by ordinary people as they browsed, used apps and messaged their friends. Like the oil barons before them, they had collected and refined that resource to build some of the most valuable companies in the world, including Facebook and Google, an emerging duopoly that today controls more than half of the worldwide market in online advertising. But the entire business model — what the philosopher and business theorist Shoshana Zuboff calls “surveillance capitalism” — rests on untrammeled access to your personal data. The tech industry didn’t want to give up its powers of surveillance. It wanted to entrench them. And as Mactaggart would soon learn, Silicon Valley almost always got what it wanted.

For most of modern history, the easiest way to block the spread of an idea was to keep it from being mechanically disseminated. Shutter the news­paper, pressure the broad­cast chief, install an official censor at the publishing house. Or, if push came to shove, hold a loaded gun to the announcer’s head….

In today’s networked environment, when anyone can broadcast live or post their thoughts to a social network, it would seem that censorship ought to be impossible. This should be the golden age of free speech….

And sure, it is a golden age of free speech—if you can believe your lying eyes. Is that footage you’re watching real? Was it really filmed where and when it says it was? Is it being shared by alt-right trolls or a swarm of Russian bots? Was it maybe even generated with the help of artificial intelligence? (Yes, there are systems that can create increasingly convincing fake videos.)

Or let’s say you were the one who posted that video. If so, is anyone even watching it? Or has it been lost in a sea of posts from hundreds of millions of content pro­ducers? Does it play well with Facebook’s algorithm? Is YouTube recommending it?….

Here’s how this golden age of speech actually works: In the 21st century, the capacity to spread ideas and reach an audience is no longer limited by access to expensive, centralized broadcasting infrastructure. It’s limited instead by one’s ability to garner and distribute attention. And right now, the flow of the world’s attention is structured, to a vast and overwhelming degree, by just a few digital platforms: Facebook, Google (which owns YouTube), and, to a lesser extent, Twitter. 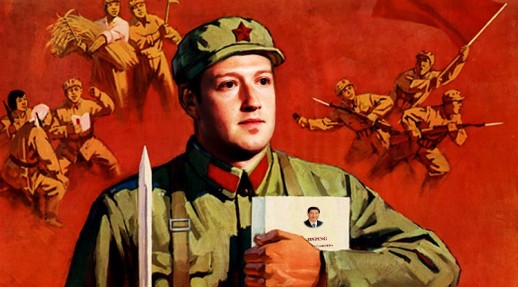 Anyone concerned with the anticompetitive state of digital advertising, and how to fix it, should focus like a laser on the circumstances surrounding the 2014 FTC’s pass on formally investigating if the Facebook-WhatsApp acquisition would “substantially lessen competition” under the Clayton Antitrust Act.

Max Schrems, the thorn in Facebook’s side, has returned to launch the first challenges under the EU’s new data protection laws.

The complaints, filed on the day Europe’s General Data Protection Regulation (GDPR) comes into force, take aim at what he describes as Google and Facebook’s “forced consent”.

Under the GDPR, when users are asked to consent, they should be given a free choice – and it should not be a condition of using a service.

But Schrems’ complaints argue that the consent boxes popping up on the screens of users of Google, Facebook and their affiliates does not meet this standard.

The four separate filings (all PDFs) are against Google, Facebook and two Facebook-owned businesses, Instagram and WhatsApp.

They dangle the 4 per cent of annual turnover fines as a maximum possible penalty – €3.7bn, €1.3bn, €1.3bn, and €1.3bn, respectively – though regulators have stressed they won’t be handing out the top level fines willy-nilly.