“Senator 230,” as Senator Ron Wyden known in some circles, refers to the very controversial Section 230 of the Communications Decency Act that provided, among other things, a safe harbor for human trafficking thanks to Senator Wyden until he was resoundingly defeated on the Stop Enabling Sex Trafficking Act.

Senator 230 authored the original bill back in 1996 before we knew that the Internet would be run by a cabal of criminals and the soulless Silicon Valley privileged class engaged in the biggest income transfer of all time.

It’s worth realizing how low these people will go when you consider that their entire business is built on behavioral addiction to one degree or another.

Long-time followers of Senator Wyden’s career may remember him from the tobacco hearings when he was the Senator that got Big Tobacco to say that nicotine was not addictive.  This is a good example of how Senator 230 hides in plain sight.  He gets props for standing up for progressive causes in the sunlight, but what happens in the shadows? 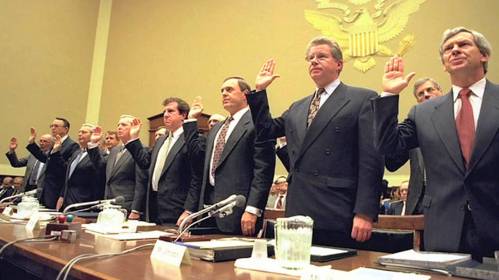 But we can be certain that he will not reprise those hearings to investigate Internet addiction–why?  Because he’s in the pocket of Big Tech.  Aside from the fact that Senator 230 is as close to Google as one is to two, we also know it’s not just Google.  Senator 230 also is beholden to a who’s who of Big Tech all of whom suck down Oregon’s hydroelectric power to run some of their massive data centers.

We’ve always said that there is a “Pinto memo” out there somewhere at Facebook and Google and that Big Tech is going to get taken down by a Jeffrey Wigand-style whistleblower.  (See Grimshaw v. Ford Motor Co., 119 Cal.App.3d 757 (1981) and the Tobacco Master Settlement Agreement (1998).)

“We connect people. Period. That’s why all the work we do in growth is justified. All the questionable contact importing practices. All the subtle language that helps people stay searchable by friends. All of the work we do to bring more communication in. The work we will likely have to do in China some day. All of it,” VP Andrew “Boz” Bosworth wrote.

“So we connect more people,” he wrote in another section of the memo. “That can be bad if they make it negative. Maybe it costs someone a life by exposing someone to bullies.

“Maybe someone dies in a terrorist attack coordinated on our tools.”

Yes, if Senator Wyden actually cared about treating Internet addiction, you would think he’d be interested in reprising his nicotine addiction hearings for Internet addiction.  Wouldn’t you love to see the FAANGS CEOs getting sworn in? 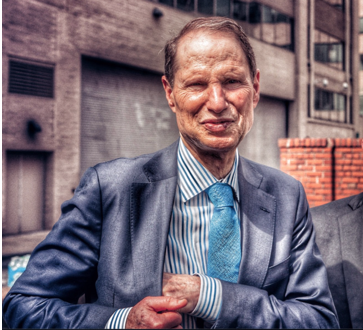