Ben Sisario is one of the great music journalists and has a succinct report on the key issue in the “This Land is Your Land” case.  The point of the 2016 case was to get a judicial ruling that “This Land” is in the public domain due to copyright formalities (not the passing of time).  Even so, it appears that the plaintiff had actually paid a $45.50 licensing fee to record “This Land” in what appears to be kind of a belt and suspenders approach where they get a license and then sue.  Nice.  (The case is Saint-Amour et al v The Richmond Organization Inc et al in the Southern District of New York, case 1:16-cv-04464, complaint is here.  Brace yourself–it is like a scorecard for everything that was wrong with the notice-based registration under the 1909 Copyright Act that the copyleft would dearly like to bring back–see Pamela Samuelson’s Copyright Principles Project and Spotify counsel Christopher Sprigman.)

The law firm that brought you a public domain case on “Happy Birthday” also decided to try one of these highly technical law suits based on the 1909 Copyright Act’s copyright renewal rules providing for a 28 year initial term and a 28 year renewal term with both “This Land” and separately with “We Shall Overcome.”  The 1976 Copyright Act got rid of those formalities once and for all–but there’s still some issues that overhang the rules.  Ben has a nice explanation, and Eriq Gardner also has a good rendering in the Hollywood Reporter.

But aside from the copyright formality, this case is also squarely in a political song camp that I have worked in for both artists, songwriters and political campaigns.  In fact, one of the assignments in my music business class was to give students 60 seconds to answer an artist who has found out that David Duke is playing their recording of an artist-written song at fund raisers.  The Electronic Frontier Foundation got involved in representing the group JibJab Media when the Guthrie publisher sued to stop a political parody without permission that settled confidentially and allowed the parody to continue.

U.S. District Judge Deborah Batts ruled last year that the lawyers in “This Land” could pursue their clients’ claims after a motion to dismiss that ruled unsurprisingly that all state law claims by plaintiffs were pre-empted by their federal copyright claim.  Judge Batts dismissed the state law claims without prejudice.  (We’re tracking down the court docs on this and may at least post the complaint and the ruling.)  That ruling drove a settlement in the form of an agreement in favor of the clients that the Guthries not to sue the clients.  The Guthries even refunded that $45.50.  Judge Batts unfortunately passed away on February 3 and the “This Land” case was taken over by her colleague in the U.S. District Court for the Southern District U.S. District Judge Kevin Castel.  Also not surprisingly, defendants moved to dismiss the lawsuit due to the settlement.  Surprisingly, the plaintiff’s objected for technical reasons, including recovering statutory attorneys fees in a case they settled.  We’ll see about that as Judge Castel notes in his opinion and order.

And guess who also found it odd?  Judge Castel ruled against the plaintiffs’s objection because the “extremely broad” terms of the agreement not to sue the plaintiffs “mooted” the plaintiff’s case so it was unlikely as a matter of law (essentially) that there was a reason to let the case continue after the settlement and refund.  Reading between the lines, if the court allowed the case to continue, it would have done so for agenda driven reasons which were the plaintiff’s agenda, not the court’s.  Courts are designed to hear cases and controversies, not re-write the Copyright Act (like what EFF tried to do with fair use in the JibJab case and what EFF’s benefactor Google is trying to do again with the Oracle case.)

Not that different in this case–the Guthrie Family makes their publishers very easy to find and include some of the really good guys in our business:  BMG Music Rights (who stood alone and victorious against massive infringement by Cox Communications), Essex-TRO (Ludlow) founded by the legendary Howie Richmond, Bicycle Music run by Jake Wisely one of the last honest men, and Universal Music Publishing run by Jodi Gerson who is in my mind the smartest writer advocate in the business.  My bet is that each of these outstanding publishers take their writer relations very very seriously and would stand with the Guthrie Family’s wishes–which is exactly what happened in this case.

Alternatively, the Guthrie Family seems to take their licensing practices very seriously, too, and make themselves easy to find.  Not good enough for the plaintiffs in the “This Land” case.

Part of this turns on some language that Woodie Guthrie allegedly wrote on the copyright registration for “This Land”:

This song is Copyrighted in U.S., under Seal of Copyright # 154085, for a period of 28 years, and anybody caught singin it without our permission, will be mighty good friends of ourn, cause we don’t give a dern. Publish it. Write it. Sing it. Swing to it. Yodel it. We wrote it, that’s all we wanted to do.

Now when the Electronic Frontier Foundation reads this some 60 years later after Woodie has conveniently passed on, this sounds a lot like a Creative Commons recantation, yes?  And because of the hype of Creative Commons, the EFF might like to associate themselves with this case like carp on bait.  What EFF skips over is that both EFF and Creative Commons are both funded by Google and the implications of that would probably not have been well embraced by Guthrie Père, particularly when that funding comes from zero class payment class action cy pres awards. 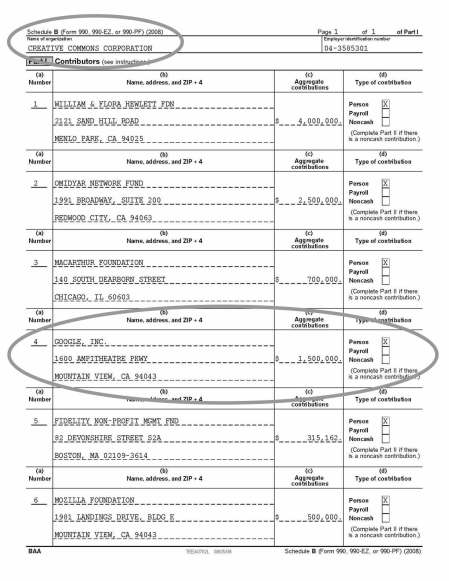 So the “This Land” case from a fair use perspective comes down to what David Lowery said in his testimony before the House Judiciary Committee in 2014 that we cited to in the Supreme Court Google v. Oracle amicus brief:

The Scope of Fair Use: Hearing before the Subcomm. on the Courts, Intellectual Property and the Internet of the H. Comm. on the Judiciary, 113th Cong. (Jan. 28, 2014) (statement of David Lowery) at 22.

I don’t think Woodie would have welcomed Google, Facebook, Spotify or TikTok using copyright exceptions sucking the value out of his songs for the profit of FAANGSTer, any more than he would have welcomed The Big Four of the Central Pacific Railroad doing the same.  (The Big Four were the railroad barons Leland Stanford, C.P. Huntington, Mark Hopkins and Charles Crocker.)  The “This Land” case really stood the purpose of copyright on its head in part because it was based on the Luddite formalities of the last century, but also because the plaintiffs evidently wanted the family to repay any license fees earned since 2010.  That’s harsh.

The Guthrie Family statement on this that Ben quotes really tells the story:

Woody Guthrie Publications, which is led by Guthrie’s daughter Nora, is a joint owner of the song’s copyright. But after the case was filed four years ago, Ms. Guthrie, who has been the longtime keeper of her father’s cultural legacy, said the dispute was about more than money. The copyright to “This Land,” she said, allowed the song’s message of inclusion to be protected from abuse and political jingoism.

OK, class.  Ms. Guthrie is on hold.  The hold button is blinking.  She wants to stop David Duke from using “This Land” at rallies.  Advise Ms. Guthrie.

You have sixty seconds.