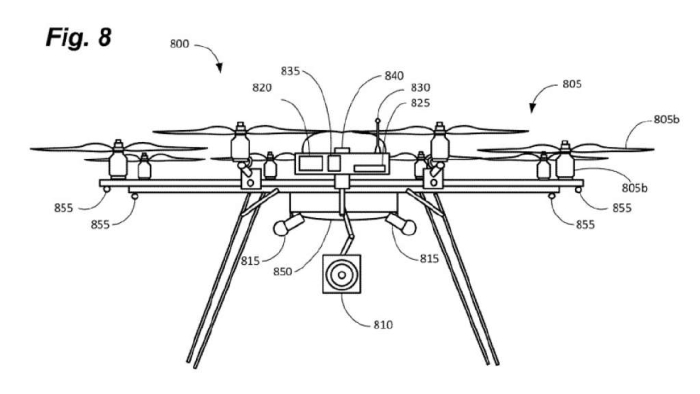 Amazon Technologies, Inc. was granted a patent Oct. 18 for a device it called an “unmanned aerial vehicle assistant,” aimed at use by police for everything from monitoring situations to finding lost children at the fair.

The miniature drone, shown in patent filing drawings perched on a police officer’s shoulder above their clip-on radio microphone (and only just as wide as the mic), would be voice activated and could detect “distress” commands, among other things, essentially providing a second set of ears and eyes not just for the officer on the ground, but for a central system monitoring data coming from the drone.

“Many situations arise in which a user may wish to review the situation from afar,” the company wrote in the patent filing. “It would be especially convenient if the (drone) were small enough to be carried on a person.”