When Google received a record $2.7bn fine from the European Union in June for abusing its search engine monopoly to promote its shopping search service, a relatively minor member of an American thinktank, the New America Foundation, posted a short statement praising the regulator, and calling on the US to follow suit.

The New America Foundation is intimately intertwined with the search firm. It has received more than $20m over its lifetime from Google and related companies and individuals. So when Eric Schmidt, the executive chairman of Google’s parent company Alphabet, expressed his displeasure over the statement, the foundation moved quickly. The tussle that followed ended up with its author, Barry Lynn, departing the group, along with his entire team at the Open Markets programme.

To be clear: neither Google, nor Mr Schmidt, told New America to fire Mr Lynn or his colleagues. They did not have to.

Similarly, Google doesn’t have to ask the researchers whom it funds to write about public policy to turn in favourable articles. But it has funded, directly or indirectly, 329 such papers since 2005, according to the US-based Campaign for Accountability. More than a quarter of those funded directly by Google didn’t disclose the source of their money, according to the report. 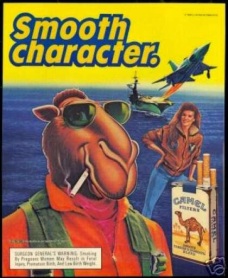