According to Business Insider, Google has revamped and massively expanded its plans for a London headquarters.  Originally announced in 2013, the current plans have expanded from one building to three buildings housing over 7000. 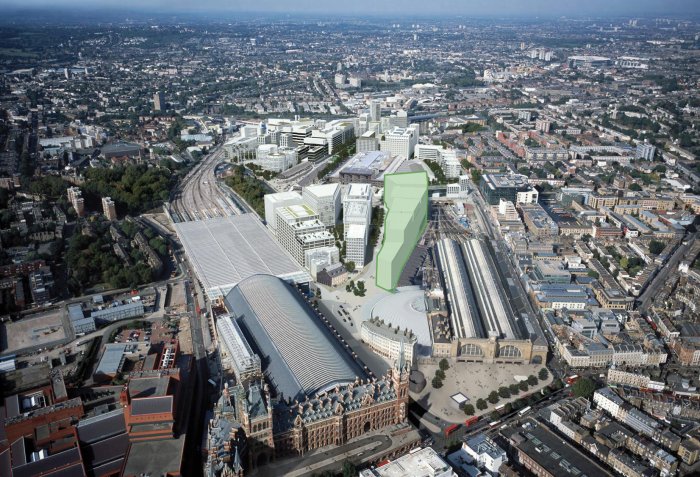 When Google announced the HQ back in 2013, it was reported that the property would be able to accommodate up to 4,500 staff. In the meantime, Google has taken a lease out on a huge property (6 Pancras Square) within 100 metres of where it plans to build the HQ. This is now one of three buildings that will make up the Google campus in King’s Cross. It’s likely that this was necessary to bridge a gap that has been created as a result of the delayed HQ.

The leased property is expected to house 2,800 Googlers by the end of the year. Alphabet-owned DeepMind has already moved into the building, as have some of the company’s Android and YouTube teams.

Google has also quietly acquired a plot of land called S2. This is likely to be the third property in Google’s property empire at King’s Cross….

Google currently employs between 4,000 and 5,000 people in the UK but that figure is expected to rise to 7,000 across the company’s entire King’s Cross campus.